How to protect your site from DDoS attack[Prevention]

A distributed denial-of-service (DDoS) attack is an attack in which multiple compromised computer systems attack a target. Generally, servers, websites or other network resources are attacked. Which causes a denial of service for users of the targeted resource. The flood of incoming messages, connection requests or malformed packets to the target system forces it to slow down or even crash and shut down. This results in a denial of service to legitimate users or systems.

KEEP THE DEMON OF DDoS AWAY FROM YOUR INFORMATION ATTIC

What’s the difference between DoS and DDoS?

Is really DDoS attack a matter of concern?

In recent years, DDoS attack has become a matter of concern even for Tech Giants. On February 28, 2018, GitHub(a popular developer platform) was hit with sudden traffic that clocked in at 1.35 terabits per second. The amount of traffic is not only massive, but it’s also record-breaking. According to GitHub, they traced the traffic back to “over a thousand different autonomous systems (ASNs) across tens of thousands of unique endpoints.”

Not only tech giants, but attackers haven’t left even broadcasting companies. On the last day of 2015, a group called “New World Hacking” launched a 600 Gbps attack on the servers of BBC. They used their own BangStresser application tool for this attack.

The frequency of DDoS attacks is increasing day by day. We have observed it attacks sized 100Gbps and higher increased by 967% in Q1 2019 compared to Q1 2018; the report found. We are still in Q1 of 2020, it always said that prevention is better than cure save your site from getting into the list of DDoS attacks in Q1 2020 with us. With a current value of $2.4 billion in 2019, one research firm estimates the DDoS protection and mitigation market will nearly double to $4.7 billion by 2024.

Are you already under attack [Symptoms?]

These signs can identify DDoS attacks:

Arm yourself against DDoS [Prevention]

Till now we told you what is DDoS, How it looks now it’s our responsibility to tell you how to safeguard yourself from it. Following are some precautionary measures you can take-

In my opinion, it’s better late than never to get your website protected from DDoS attacks. We are happy to help at Quantazone.

High performance servers for all your infrastructure needs 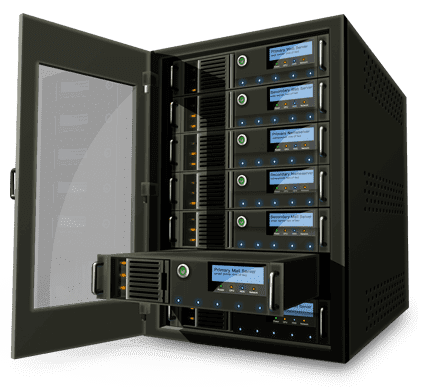 How to choose a web hosting provider?